This Week in Apps #12 - Protests and Recovery

This Week in Apps is a short, no-fluff, round-up of interesting things that happened in the mobile industry. Between the uncertainty caused by the virus and protests spreading, there's a lot going on right now. Here are our top highlights.

Protests and riots all over the U.S. have kept airwaves busy. To listen in, hundreds of thousands have been tunning in from their smartphones, pushing police scanner apps to the top of the charts in the App Store. Report 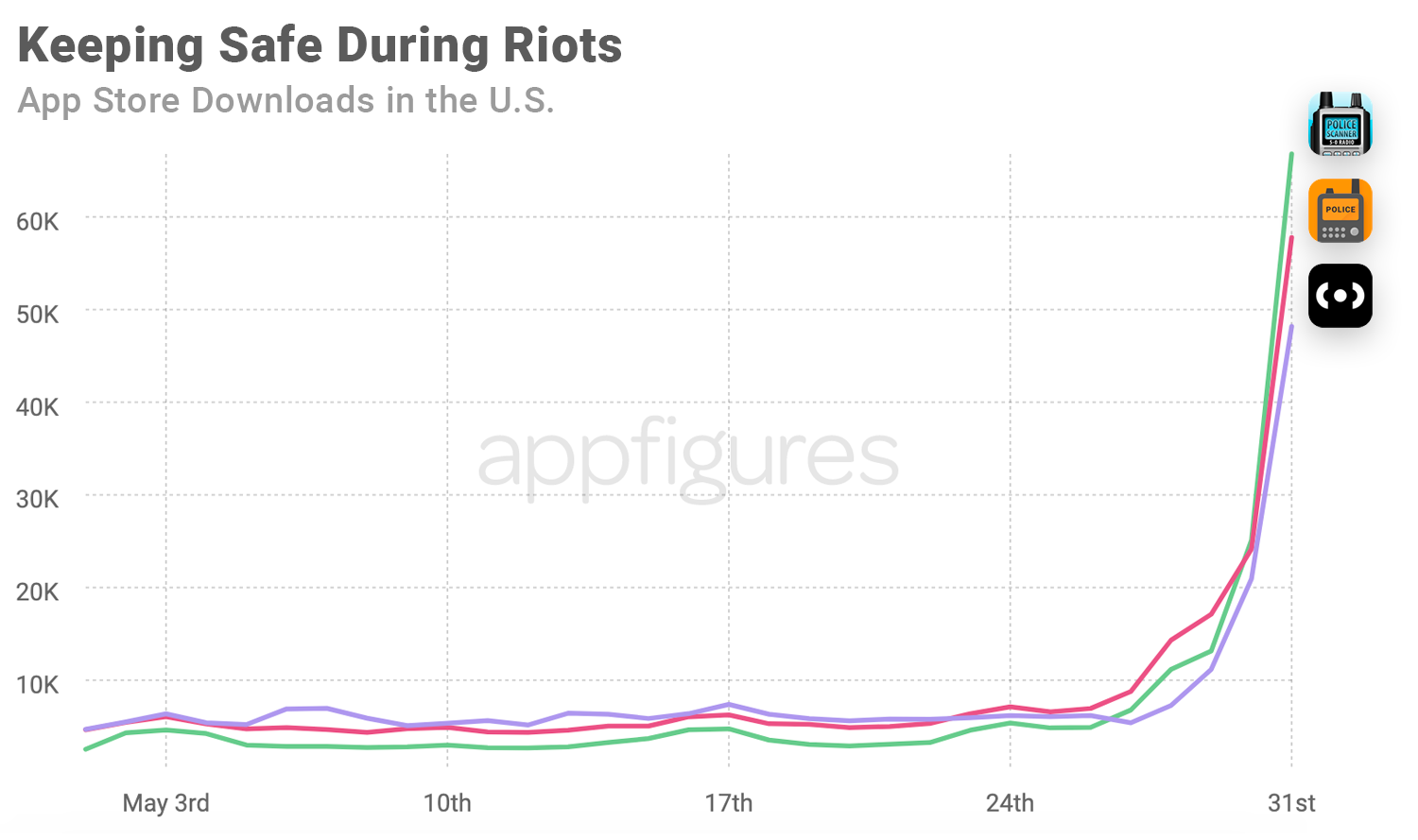 Signal, the privacy-focused messenger service, has gotten popular among protesters. This week, downloads have more than quadrupled from around 7,000/day to over 30,000 on Tuesday. Signal also rolled out a face-blurring feature, which is sure to earn it even more popularity in the coming days. 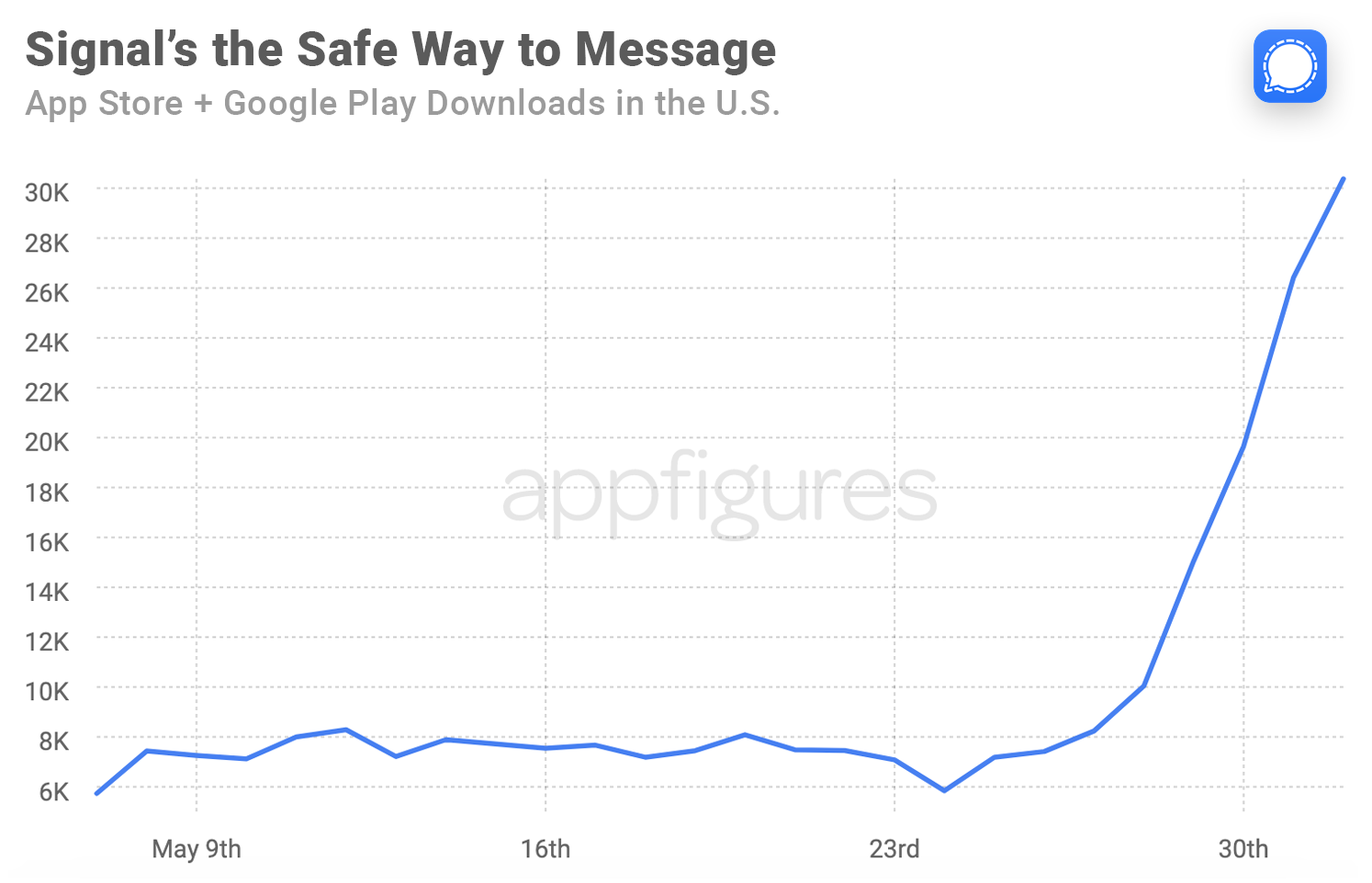 Airbnb, who saw more than 70% of its downloads erased in April, has bounced back. App Store downloads have hit pre-COVID levels in the U.S. for over a week. Global recovery is still slow, but moving in the right direction. Report 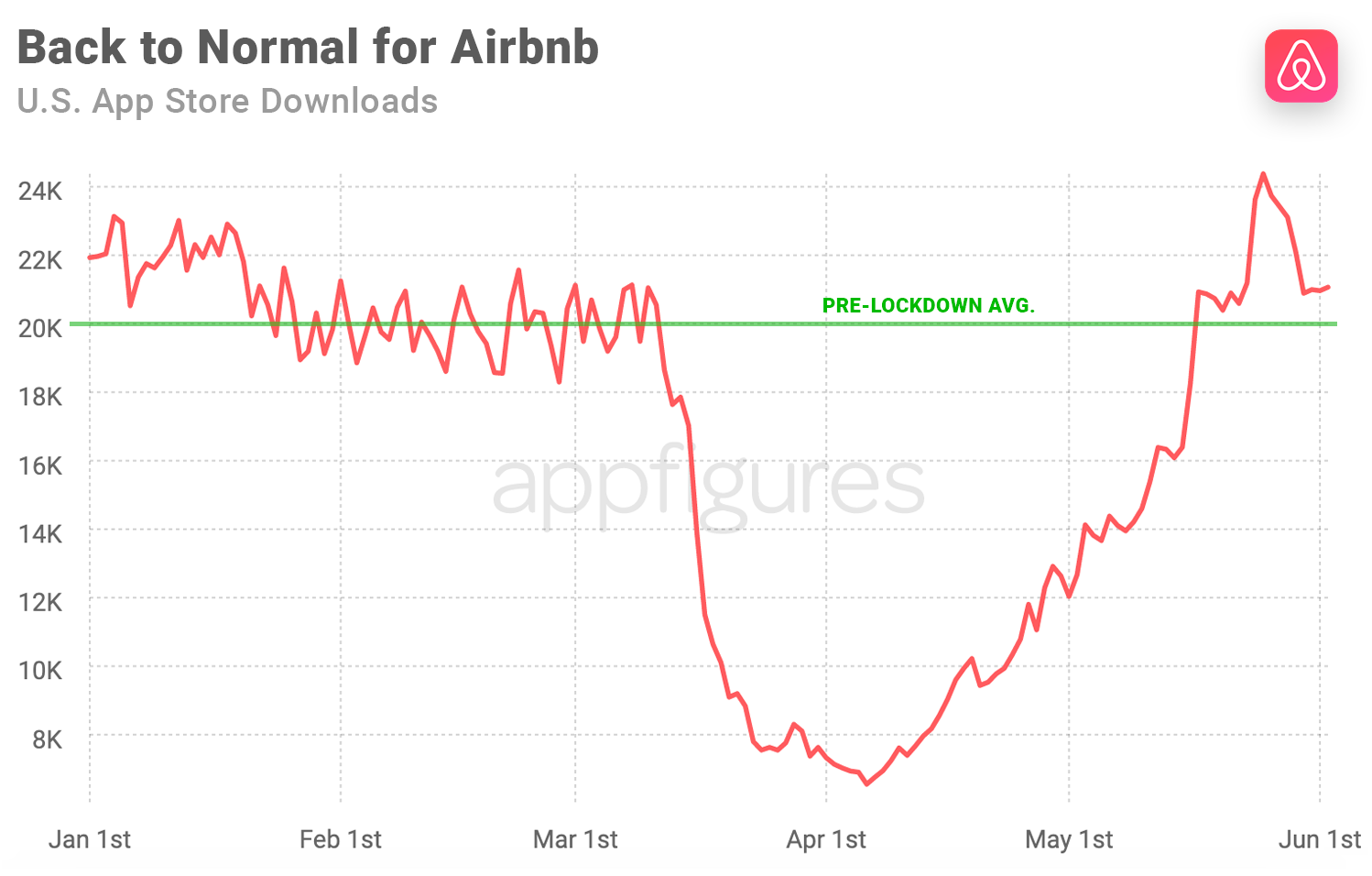 Facebook really wants to control communications. Late last week, Facebook's stealthy R&D team released a new app for voice calling called CatchUp. The app's catch is that it doesn't do video. At all. It hasn't been met with much success, netting just 1,300 downloads between the App Store and Google Play. 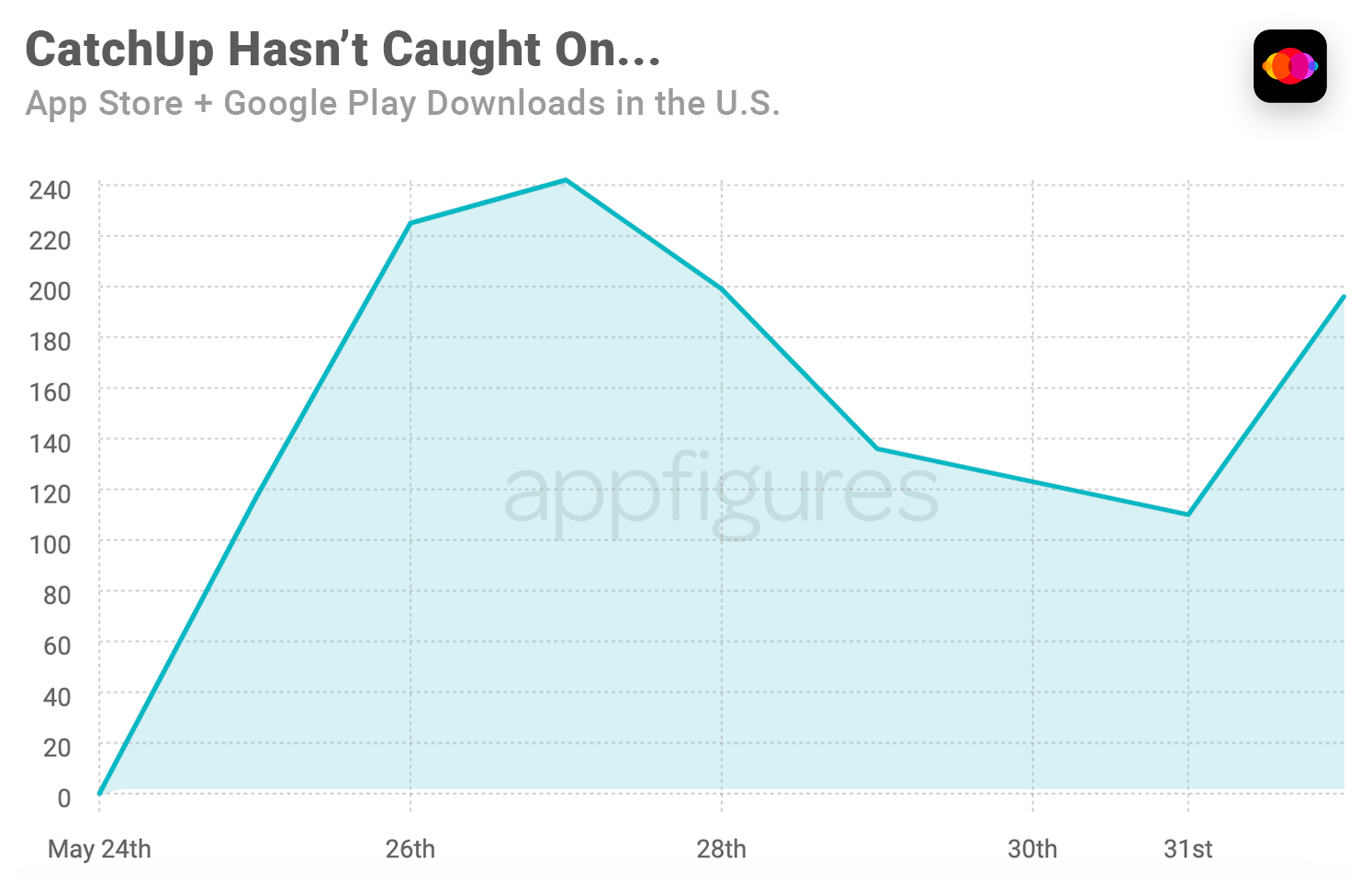 Uncertainty isn't easy to deal with. Some have chosen to ask the stars about their future. This week, Nebula, a horoscope and astrology app, has seen downloads and revenue triple in the U.S. 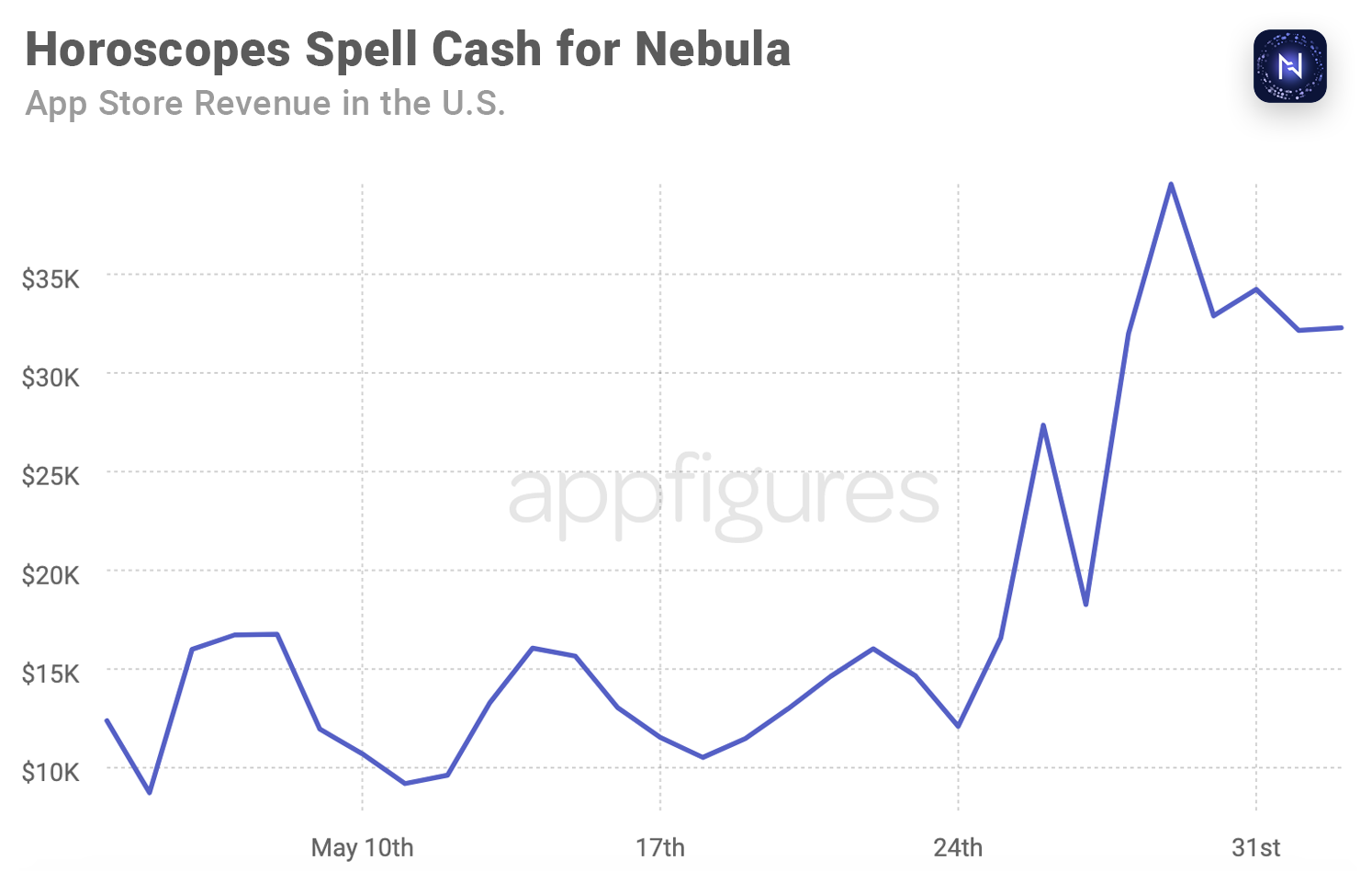