It's not a secret that streaming services are in high demand during this global lockdown, and so are video chatting apps. Airtime is an app that combines watching YouTube and video conferencing. In pre-lockdown terms, it's the virtual version of Netflix & Chill.

While watching YouTube with friends was never too popular, over the last few weeks, Airtime has grown the most since its launch five years ago. Between March 1st and April 15th, the app crossed 1,000,000 new downloads on the App Store and Google Play. 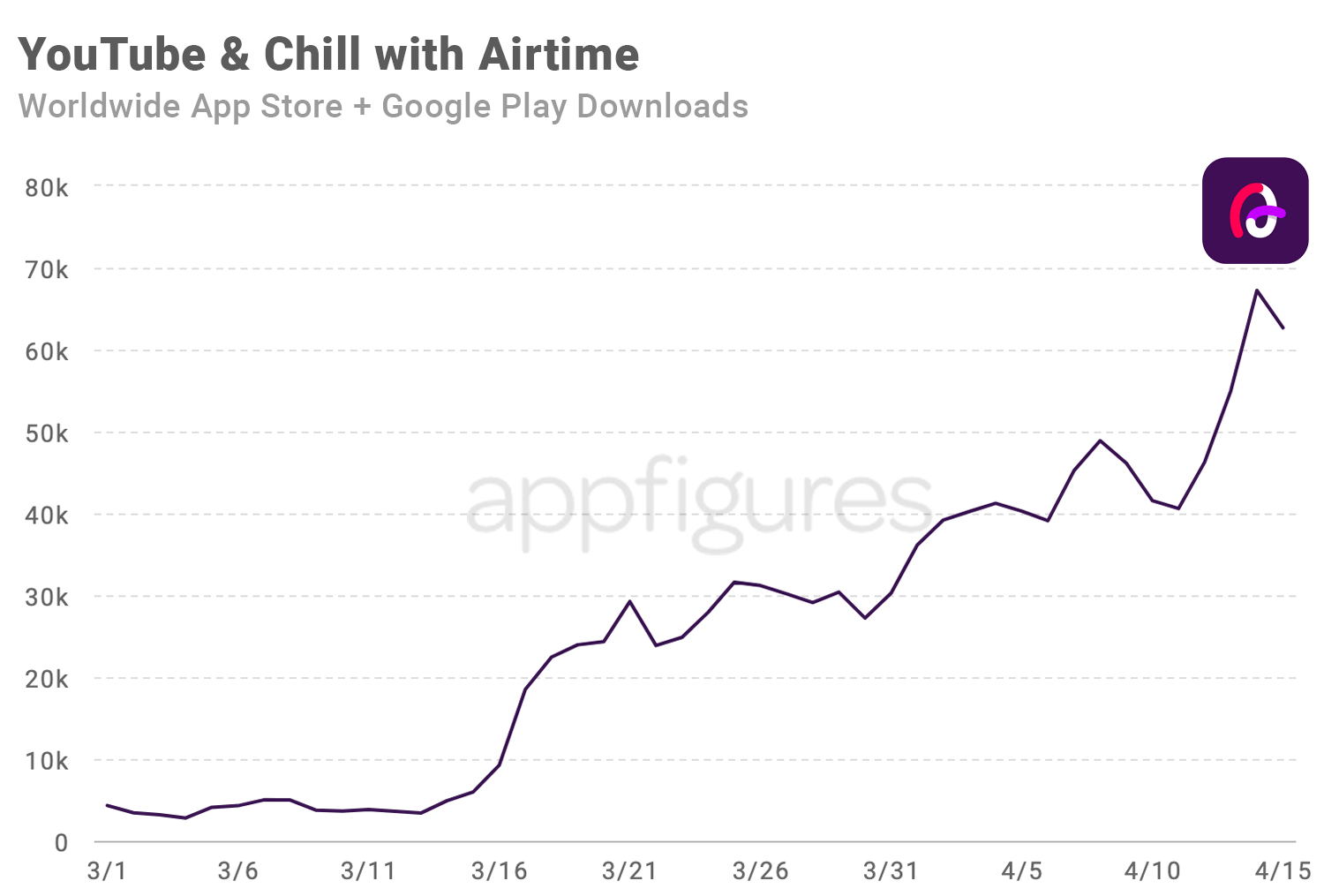 The high demand for content has positioned YouTube, where hours of new content are uploaded every minute. Airtime, which piggybacks on that is ripping the benefits. Starting with an average of 4,000 downloads per day in early March, Airtime has grown to by a factor of 10 to more than 40,000 daily downloads by late March. In April, the app hit a new all-time high with 60,000 downloads in a single day on April 14th.

Popular on the App Store but Not Google Play

Usually, when we look at growth, we see a similar trend on both the App Store and Google Play, but with Airtime, this isn't the case. App Store downloads make up 93% of new downloads while Google Play is just 7%. That's really low.

One obvious difference is the category the app is listed in. On the App Store, that's in the Entertainment category along side Netflix and other streamers, but on Google Play it's in the Social category. Why?

Looking over the complete profile of the app with our Competitive Intelligence report, we noticed something interesting. The app asks for quite a few permissions. In addition to access to your contact list and camera/microphone, Airtime also wants location (background, too), Bluetooth, and your photo library. And when you download the app, some of these are required before you can go on, which is likely causing early churn.

We don't suggest requiring such permissions unless your app absolutely needs them to run.

Can Airtime Compete with the Big Streamers?

A better question is, should Airtime attempt to compete with heavy hitters like Netflix, Hulu, and Disney+? Short answer: Yes. 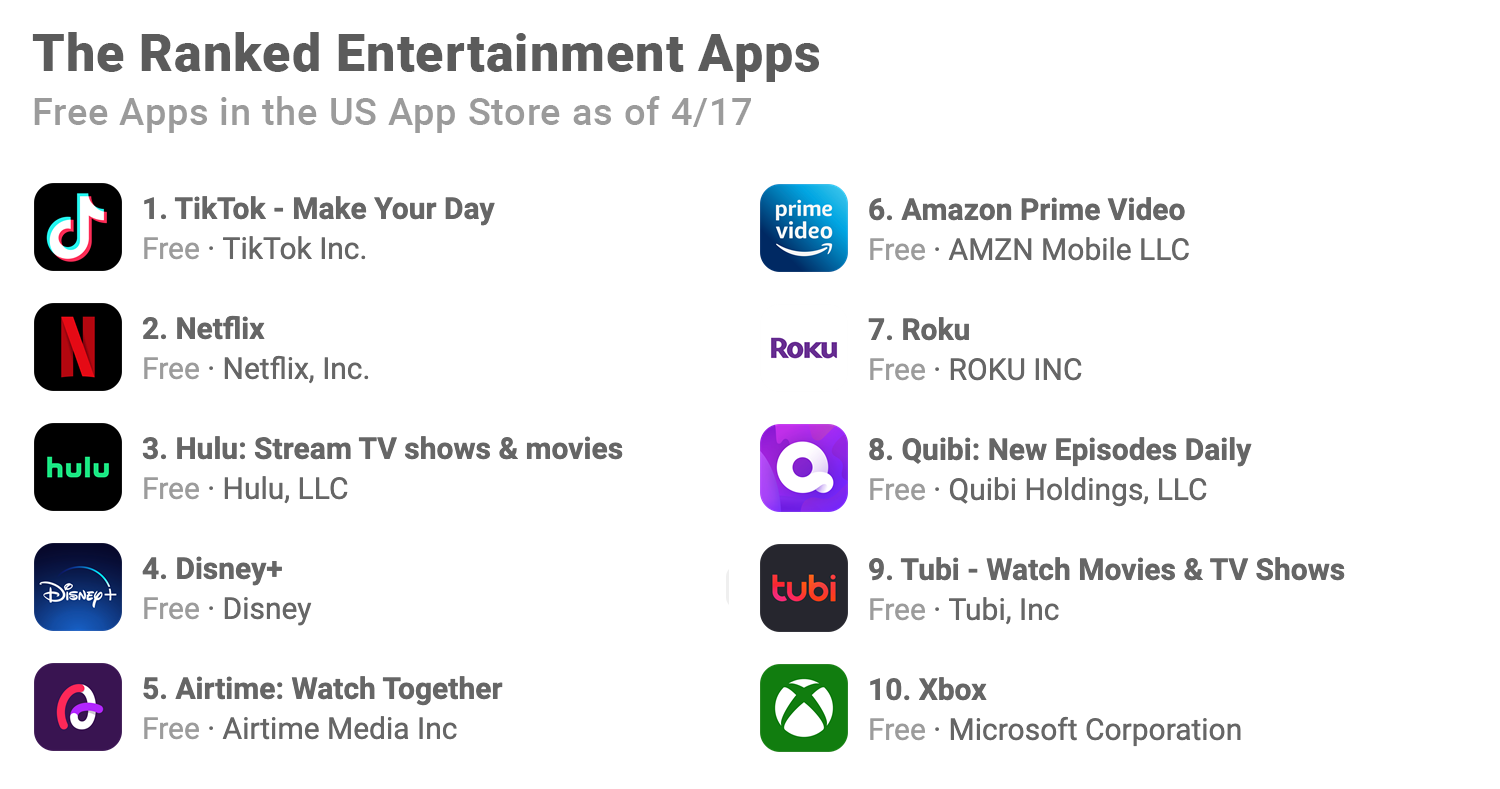 It took Airtime a while, but it has now entered into the top 10 Entertainment apps on the App Store in the US, sitting at #5 just above Amazon Prime Video (#6) and recently-launched Quibi (#8). 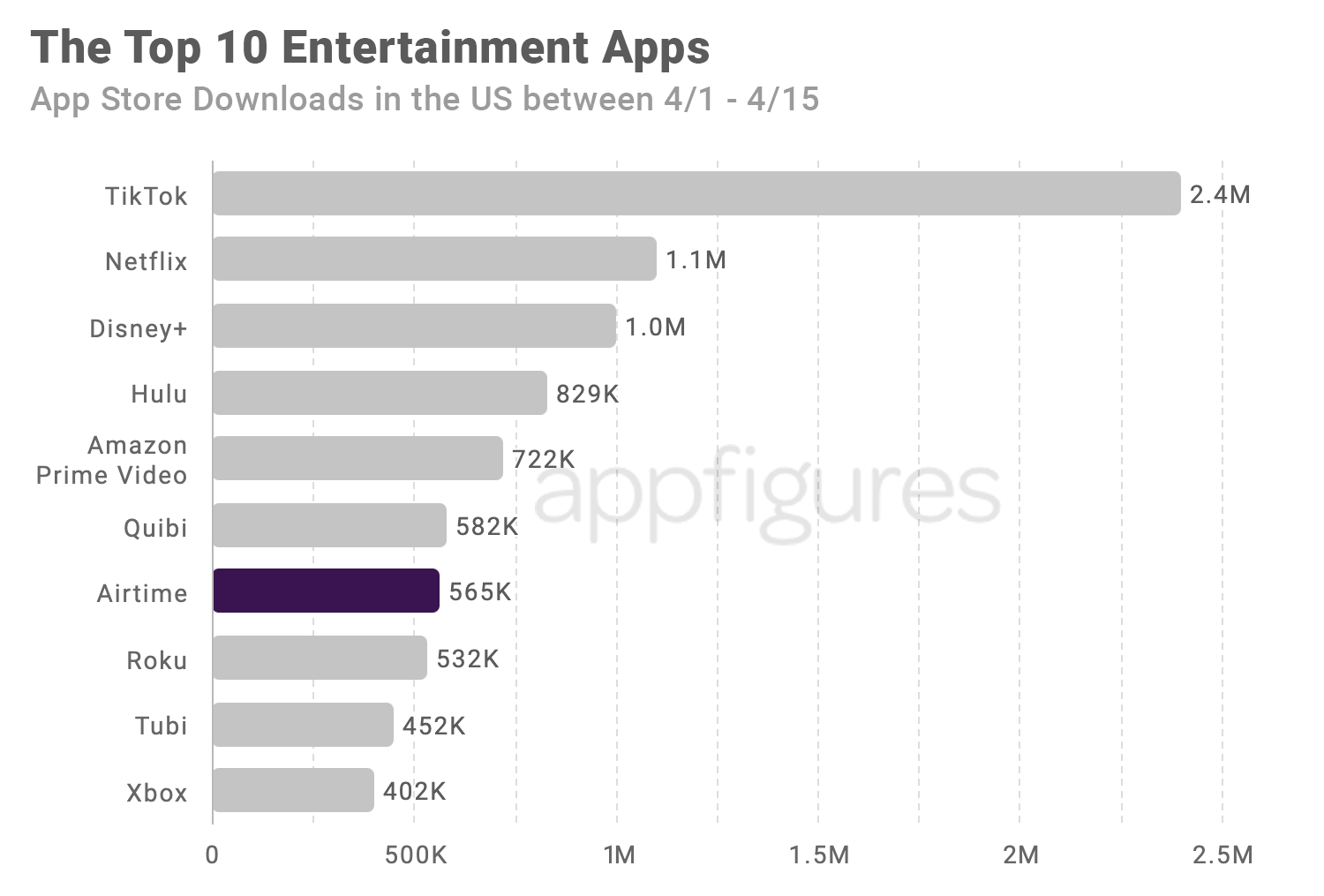 Downloads tell a slightly different story, but not a bad one. Although Airtime is far from rivals like Netflix and Disney, it's still holding its ground fairly nicely. After all, Airtime doesn't offer original content or a customizable teleconferencing experience but rather a fun convenience. For that, it's doing very well.