The Most Downloaded Apps in February

We just wrapped up the shortest month of the year, and here's a look at the apps that were most in demand this February across the App Store and Google Play. 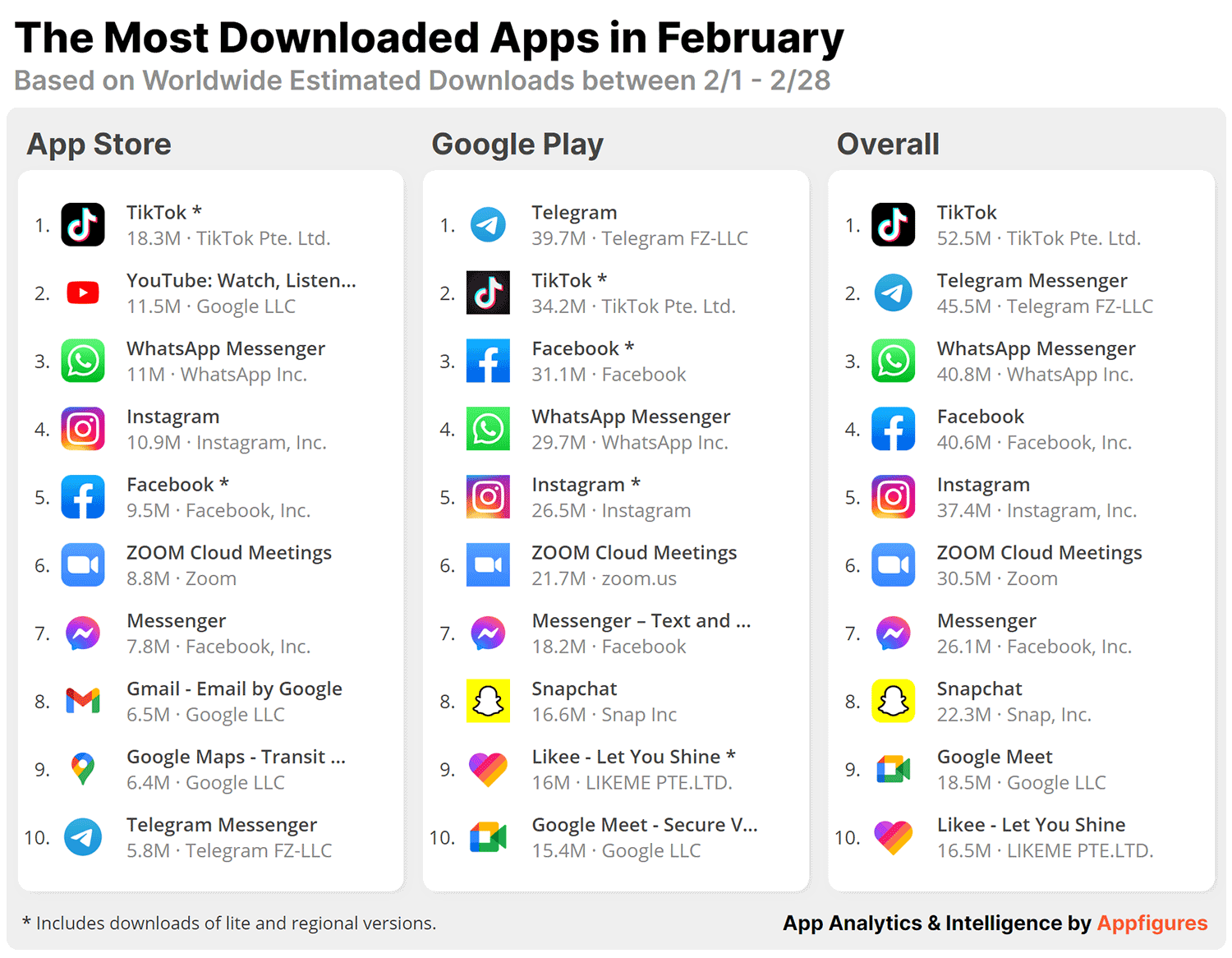 This list may look familiar to you if you remember January's report, but there are a few changes that make this analysis interesting. Notably, it's the (re)emergence of Google Maps on the App Store and the disappearance of Signal, January's poster child.

But before we look at those, let's look at the king, TikTok.

TikTok was downloaded more than 52M times in February globally as the short-video service continues its domination. Will it continue to keep its position in March? Most likely.

Facebook and Google, which together are responsible for 7 of the top 10 on the App Store and 5 out of 10 on Google play and also in the combined list, haven't moved much. Demand was lower in February vs. January, but that's a trend that had an impact on all apps across the board.

Back to the interesting bits: Google Maps made a comeback in February. A true sign that things are (re)opening. We've been following the travel category very closely, and this is a trend that's slowly making its way across all apps. Good news for some developers! 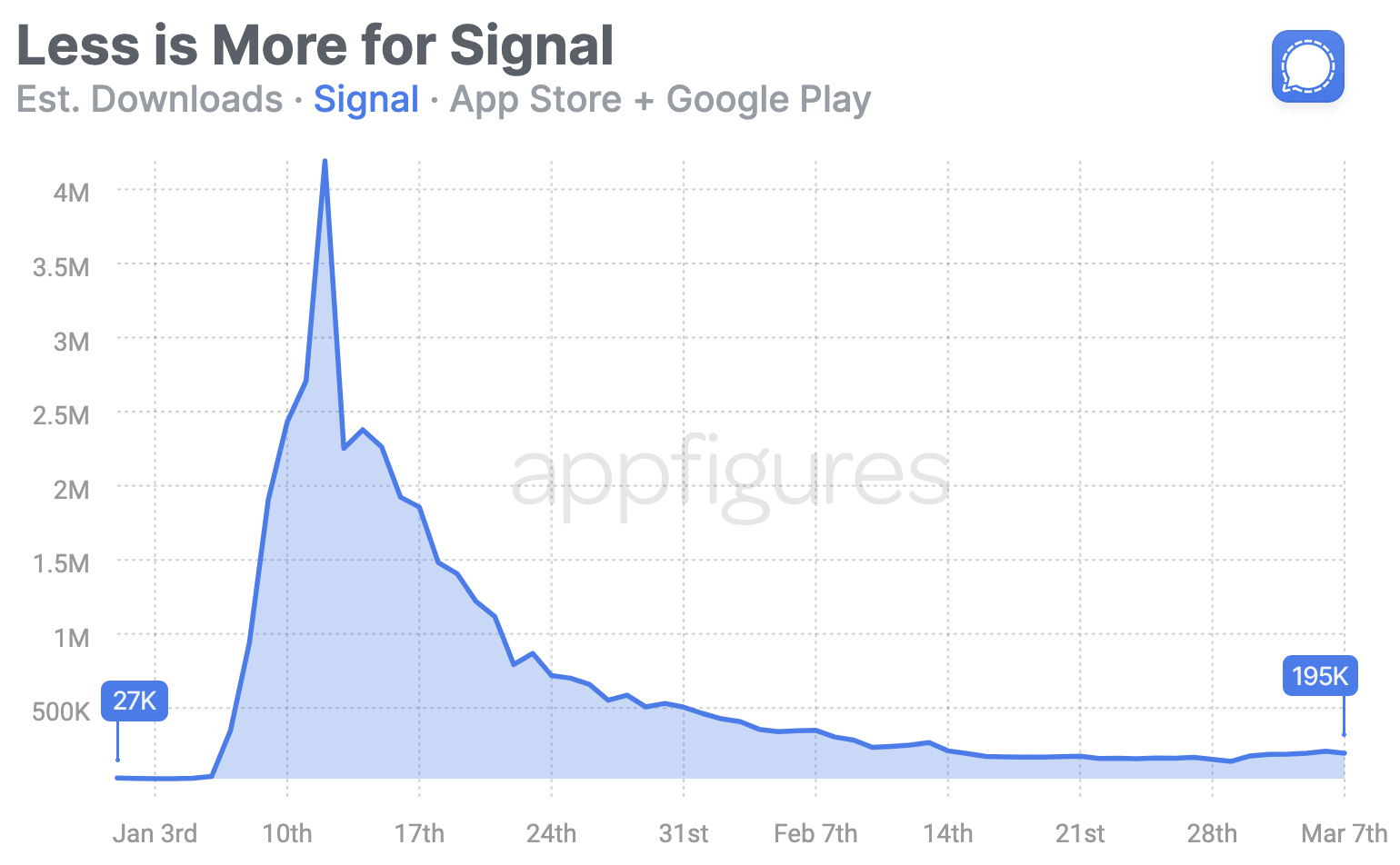 And the last one is Signal, which exited the top list just as quickly as it entered it. This one isn't a surprise. What is a nice surprise, to Signal at least, is the impact on downloads. Before it spiked in January, downloads were averaging just around 25K/day. Now, more than a month after its spike, downloads have stabilized at nearly 200K/day, a 9x increase that seems to be very stable.

Combined, the top 10 apps globally were downloaded more than 331M times in February. Lower than January by quite a bit, but that's not a surprise.

While, for the most part, the incumbents saw a strong but relatively dull month, one app is starting to see a nice rise, and that's Instagram Lite. 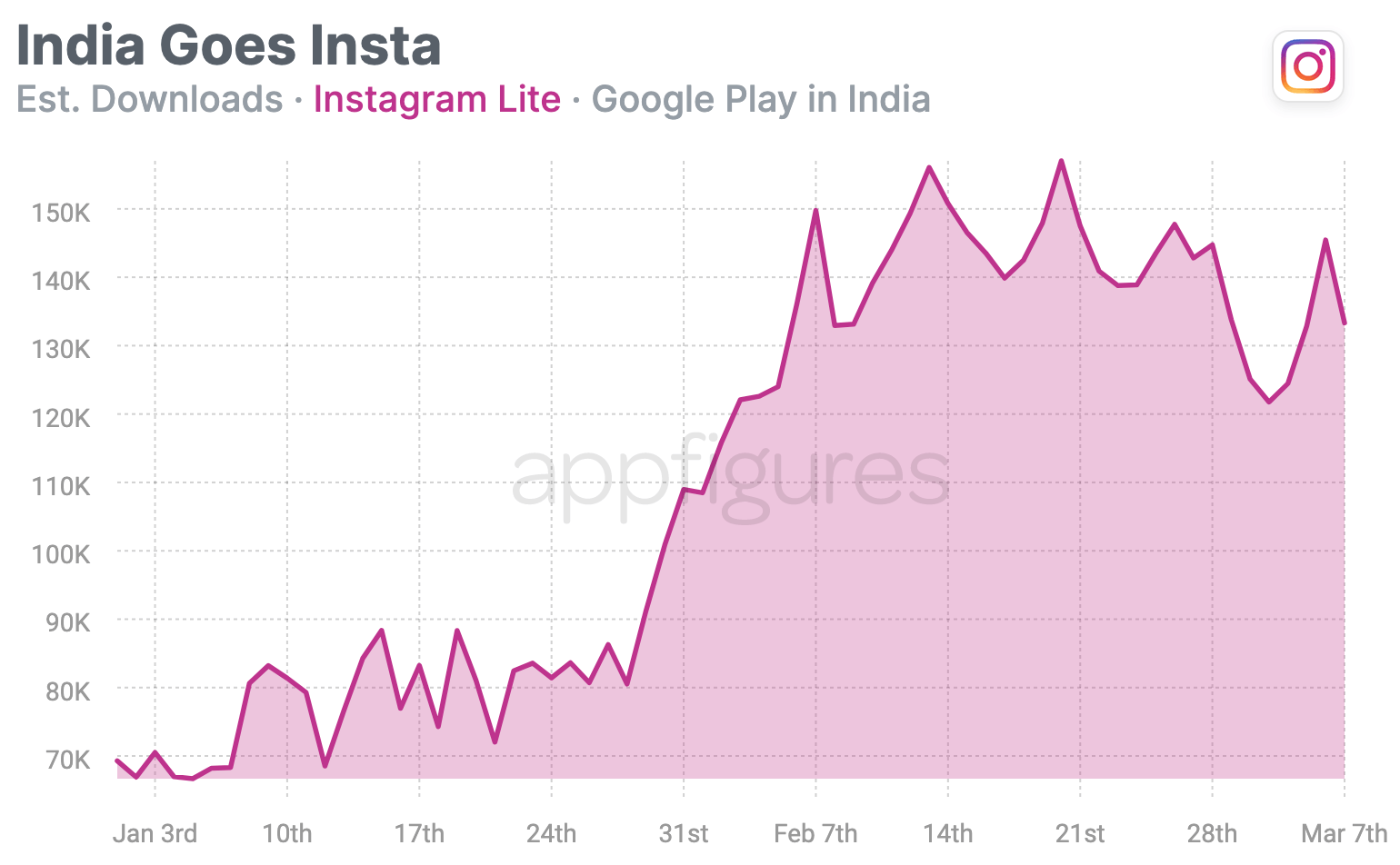 Downloads of Instagram Lite, which is only available for Android, rose from just around 90K/day in January to an average of 175K in February, with a peak of 185K on 2/20, based on our estimates.

A ban on TikTok in India has unleashed demand for Instagram lite the app has never seen before.

Since December, Instagram has added 8.9M users via its lite app in India, according to our app intelligence. At the same time, global downloads for the app totaled 10.8M, meaning India was responsible for 82% of downloads (and all of its growth).