🎮 The Top Mobile Games by Downloads and Revenue in August

Summer's still here, kids aren't back to school, and the downloads still high.

Up and To The Right! 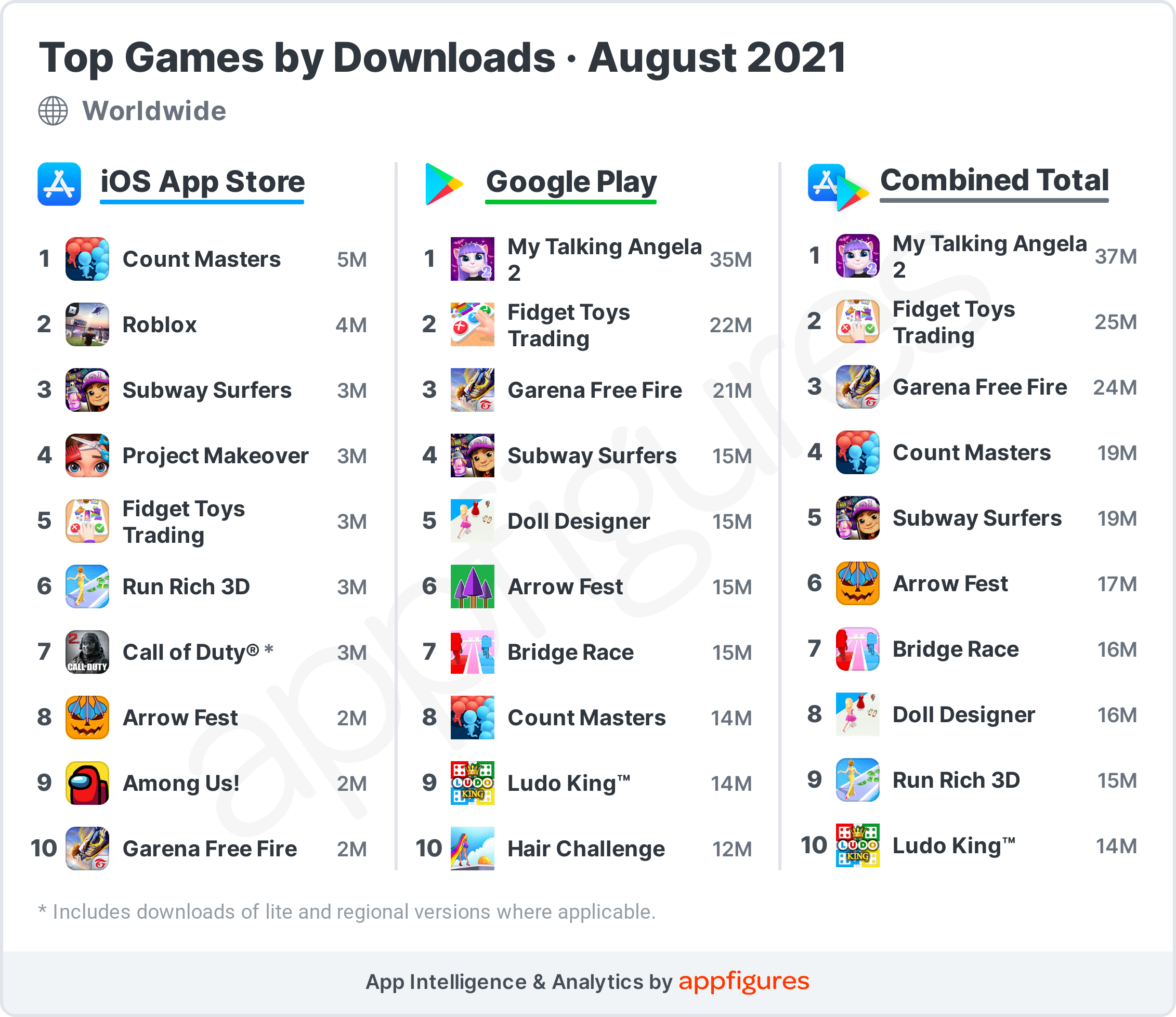 My Talking Angela was the most downloaded game in the world in August, leading the list with 56M downloads, according to our estimates. This is a huge leap from July when it ranked 3rd with less than half the downloads.

Our estimates put Garena Free Fire right behind it in the #2 spot with 30M new downloads in the month, globally, up from a little over half last month. If you look at the top games on Google Play, you'll notice these two top it as well.

Fidget Toys Trading, which didn't even make the cut last month, secured the 3rd spot with 26M estimated downloads. Count Masters and Subway Surfers round out the top 5 for the month, both adding 19M new downloads to their hefty bottom lines, according to our App Intelligence.

One little trend I'm starting to see in August is the ascent of Roblox. It moved up a couple of spots on the App Store side of things which may not look all that exciting, but! In a chart normally dominated by hyper-casuals, consistent growth for Roblox could mean it's TikToking (definitely a word now) its way into the top—where it can remain for a long long time.

Together, the top 10 apps recorded 202M downloads in August, according to our estimates. That's about the same as July's total which means the summer is going strong.

FYI - Much of the growth came from Android devices and, even more specifically, from India. That's a trend we'll need to keep watching. 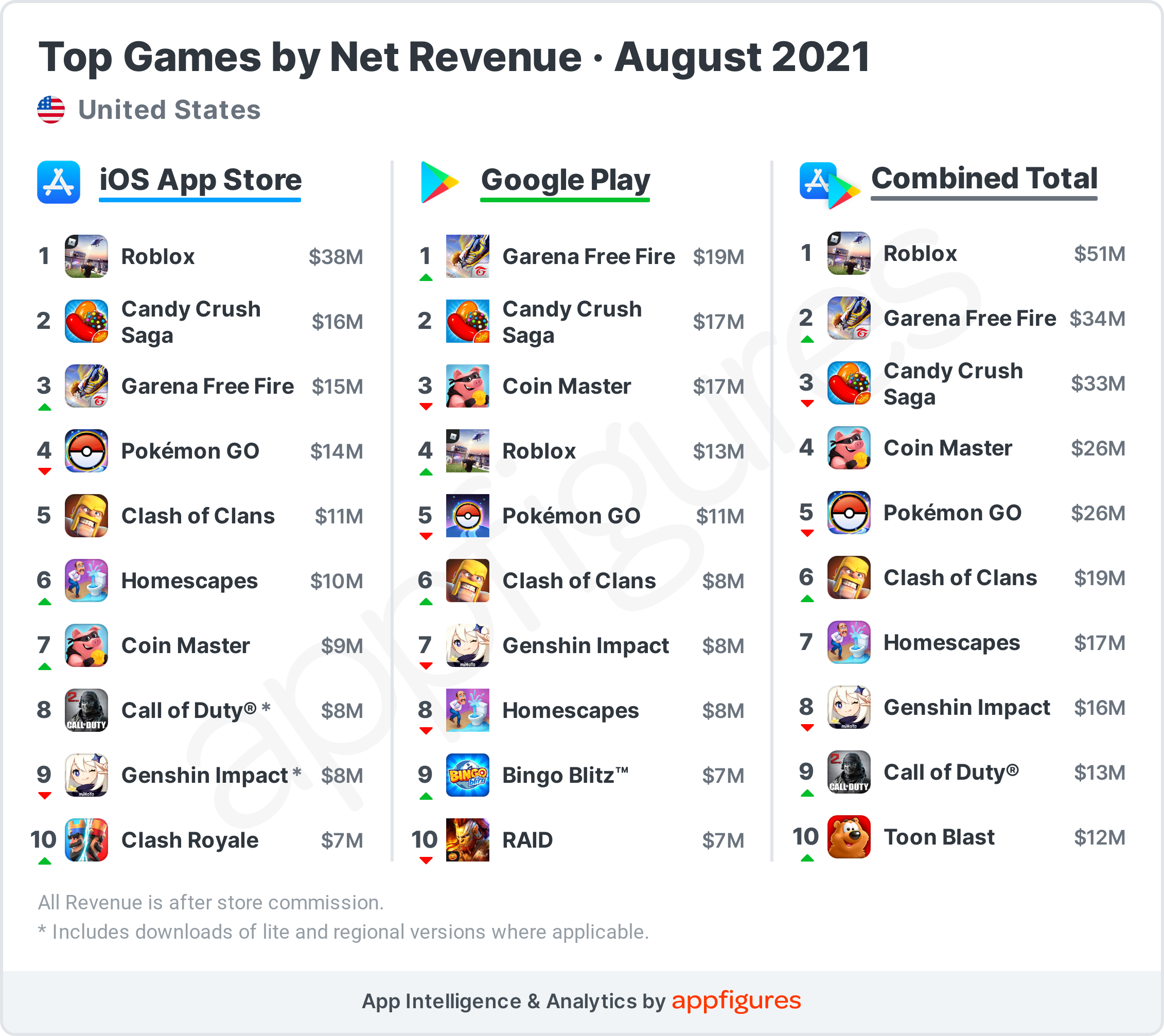 Roblox earned the most money in the U.S. in August, bringing in $51M of net revenue between the App Store and Google Play, according to our App Intelligence. It's been the top app ever since we started ranking games by revenue, so that's not a surprise. But the magnitude is. Back in May, we estimated Roblox brought in $32M in net revenue. Five months later, that number has nearly doubled. That's surprising.

Another app that grew its revenue rapidly is Garena Free Fire. The title rose into 2nd place, up from being #5 in July. August was a great month for Garena in downloads and revenue.

Candy Crush dropped a spot but still managed to maintain its revenue, earning $33M of net revenue in August, according to our estimates.

Coin Master and Pokémon Go rounded out the top 5, both hauling an estimated $26M of net revenue in August.

DragonBall Z's month in the spotlight ended, and we don't see it at all in the top 10 on either store in August. Instead, we Toon Blast, which managed to make the cut for the first time since we started ranking games by revenue. Ryan will be pleased.

We estimate that the top 10 apps earned $248M of net revenue from the App Store and Google Play in the U.S.