🎮 The Top Mobile Games in May by Downloads and Revenue

Can you smell it in the air? That smell that screams "school's out" and in our neck of the woods means more downloads now that kids are done with their full-time job.

That also means May's over, and so it's time for our monthly analysis.

May was a big(ger) month in downloads for games across both platforms. The usual suspects earned the most downloads, but this time there were more of those to go around. 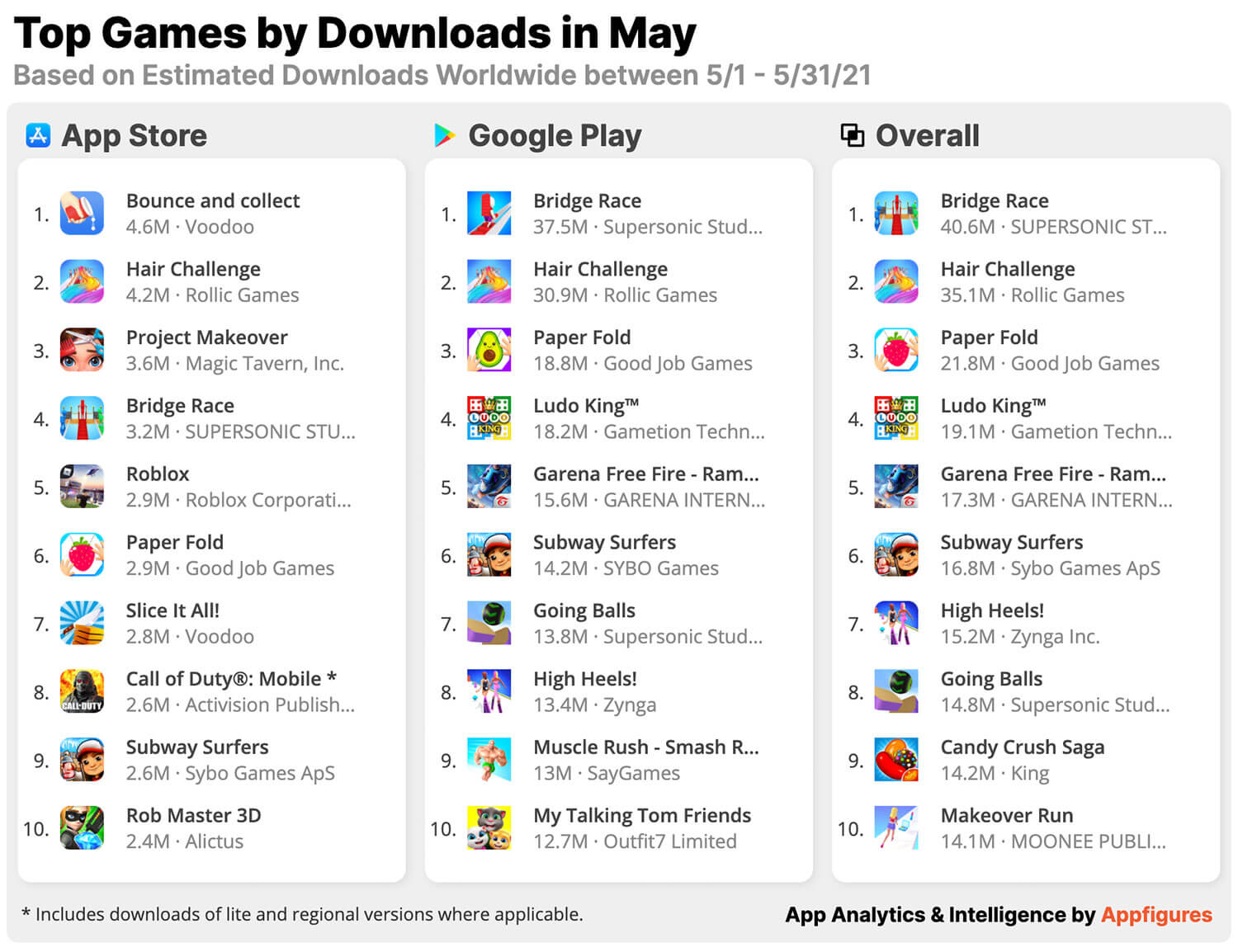 Bounce and Collect from Voodoo was the most downloaded game in the App Store, scoring more than 4.6M new users in May. On the other side of the fence, Bridge Race from Supersonic Studios took the crown on Google Play with nearly 38M new users.

Bridge Race wins Google Play for the second month in a row, but May was significantly bigger than April. 55% bigger, to be specific.

Together, the top 10 most downloaded games in the world were downloaded 209 million times in May. That's a hefty increase of 17% over April's 178M.

Even though school was strange in 2021, it's summertime, and even that's over, which means more downloads but more so, more competition for hyper-casual game developers. For two reasons:

I don't expect that'd stop any of the companies who are pushing now because they have the resources, but I expect things to take a bit more preparation and research before pulling the trigger.

Let's talk turkey—money, not the country. Like last month's report, we're now analyzing games by revenue. May's list is practically a copy of April's list. But that's not necessarily a bad thing. 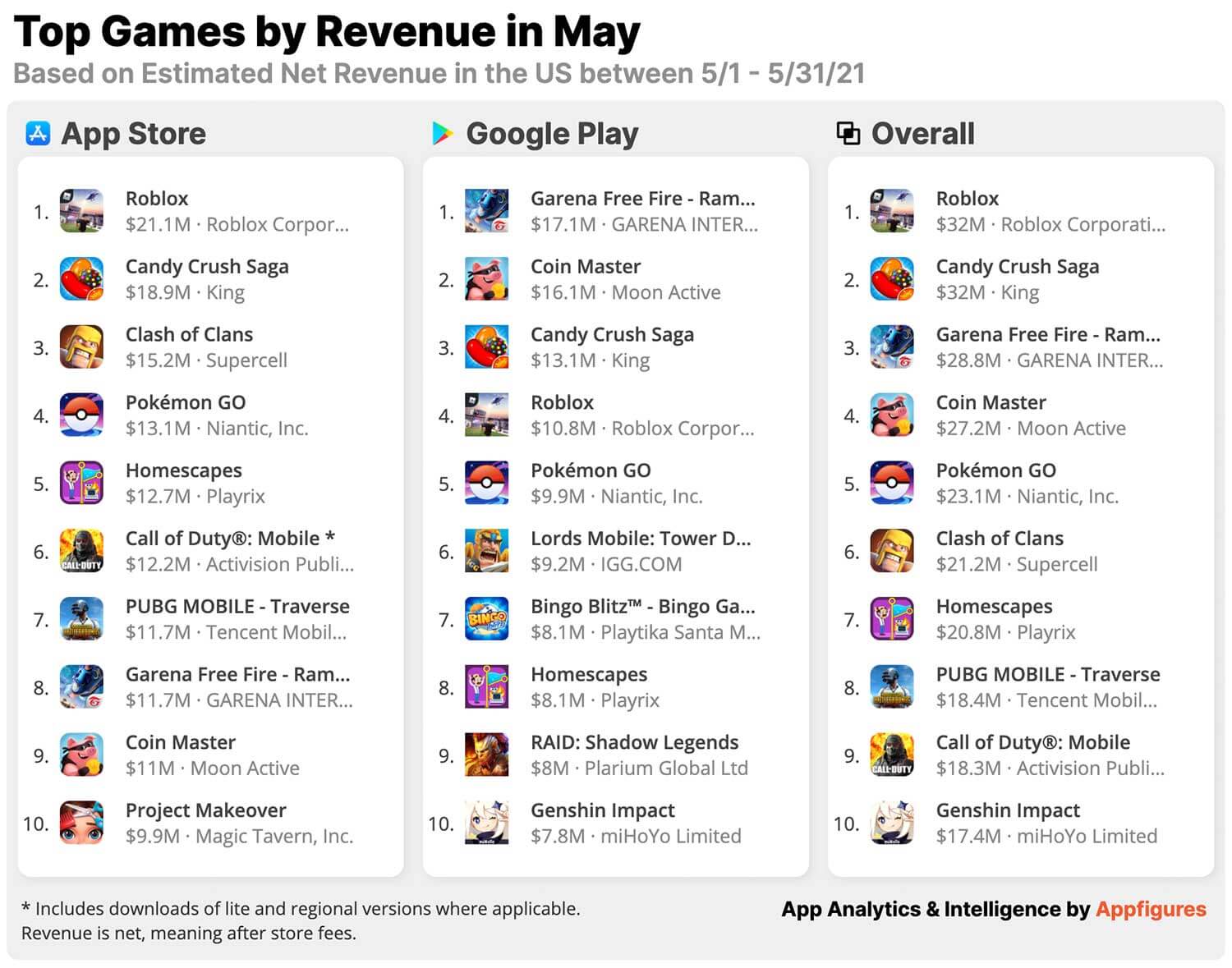 Candy Crush was the highest-earning game across both platforms in the U.S. in May, adding $32.1M of net revenue to their bottom line, according to our estimates. In very close second place was Roblox with an estimated $32M, followed by Garena Free Fire, which hauled in $29M from U.S. players.

Genshin Impact made the cut in May, joining at the bottom of the list with $17M in net revenue in the US. The game's revenue has been growing steadily this year, so we expect it to remain on the list this summer.

With summer officially here June, should look even better.