Summer's gone, the kids are back to (virtual?) school, and game downloads are... down.

School's (back) in Session 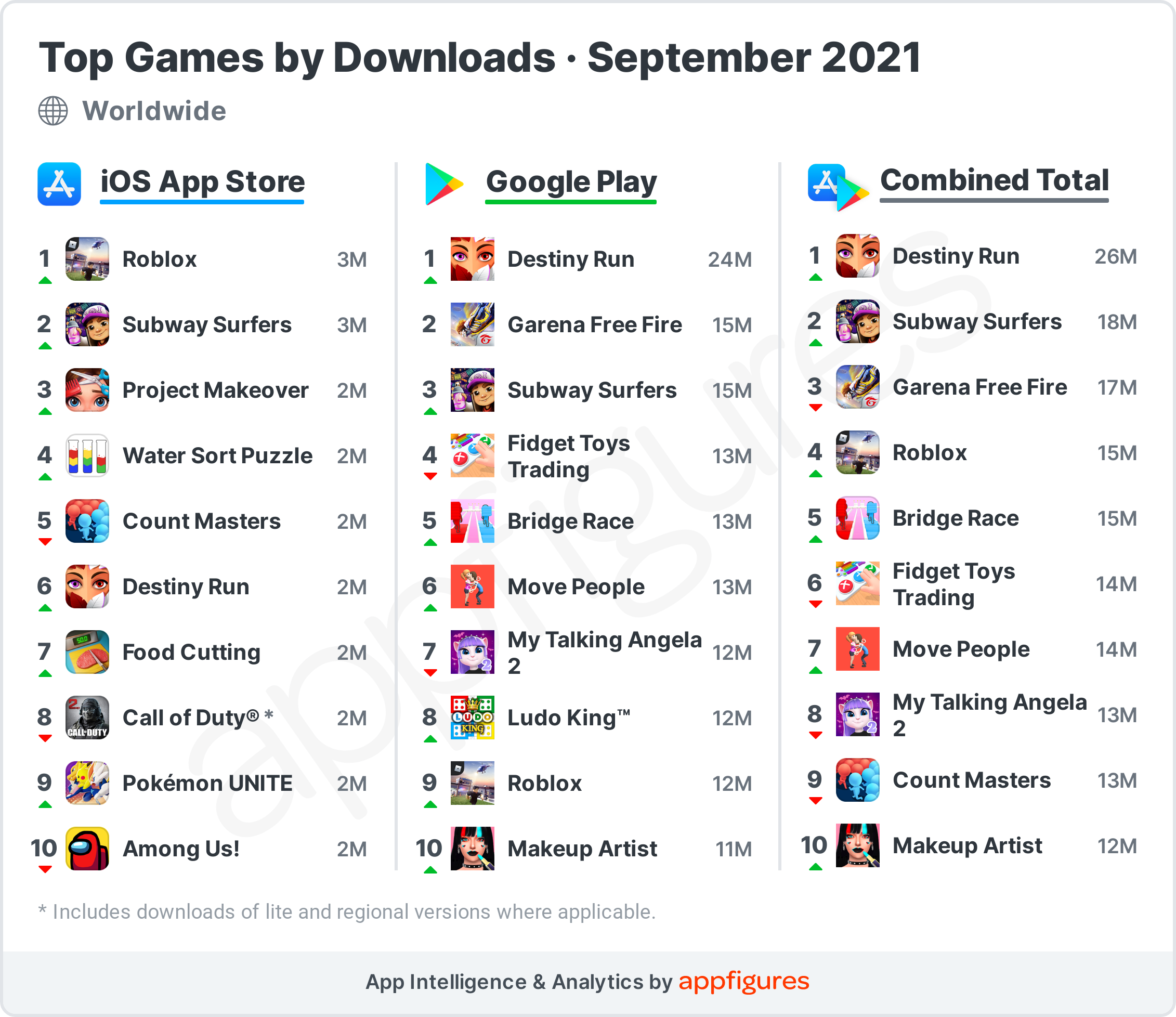 Destiny Run, a new(ish) hyper-casual from Voodoo, was the most downloaded game in the world in September. The title made its way into 26M devices, mainly Android ones, according to our estimates. Subway Surfers, not a hyper-casual, snagged the #2 spot with 18M estimated downloads.

Garena Free Fire, Roblox, and Bridge Race round out the top 5, and while this list may seem similar to last month, it's not. Roblox wasn't even in the top 5 last month, Subway Surfers barely grazed it, and My Talking Angela 2 dropped all the way to #8.

While we continue to see hyper-casuals lead (both old and new), the overall scale of downloads is lower, indicating less "pushing" by studios. Mainly of hyper-casual titles. Our estimates show the top 10 apps recording 157M new downloads, a hefty double-digit decline from August.

Is it back to school? Or is it Apple's assault on advertising that's making it incredibly harder for game publishers to get their games in front of the right audiences for a reasonable cost?

The Game That's Crushing It While Everyone Else Is Slowing Down 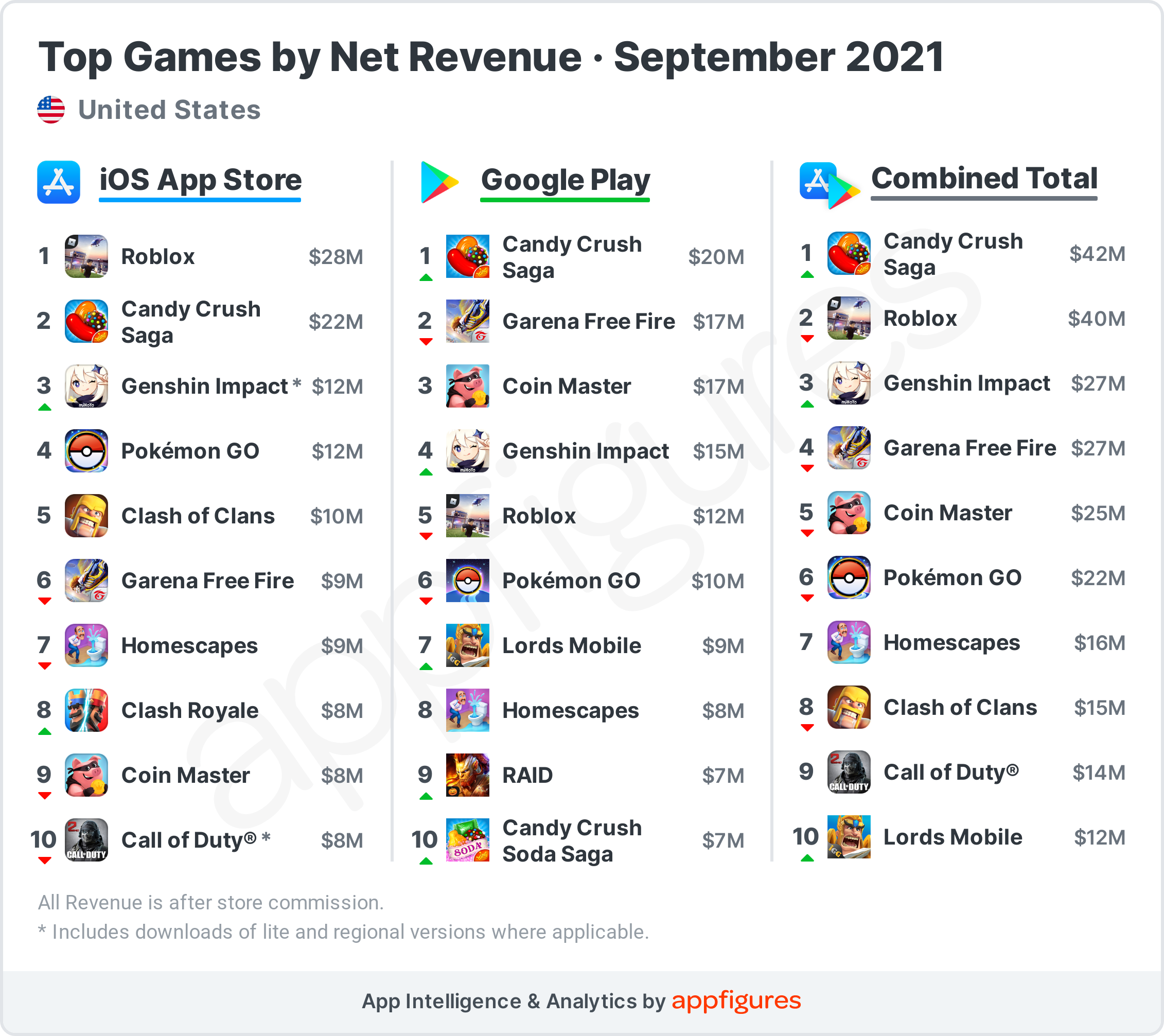 Candy Crush was the highest-earning game in the U.S. in September, outranking incumbent Roblox for the first time in our ranks. Our estimates show Candy Crush's revenue growing 27% month over month to $42M of net revenue.

Roblox, now in 2nd, saw revenue dropping 21% in September. We estimate the popular metaverse game brought in $40M of net revenue across the two stores in the U.S. in September.

Genshin Impact, which caused some player unhappiness, managed to grow its net revenue by nearly 30%, earning $27M in the U.S. in September, according to our estimates. So did Garena Free Fire, which is starting to become one of the incumbents.

Coin Master rounds out the top 5, having stayed in pretty much the same spot for quite a while now (give or take a spot).

Although we're seeing some movement at the top, incumbents are starting to emerge. Although the list isn't set in stone, as we saw with the ascent of Royal Match, as we head into the holiday season, this will probably be the group to beat.

Together, the top 10 apps earned a whopping $213 of net revenue in September from the U.S., according to our estimates. That's down roughly 14% over August, which means even virtual school can slow down games.