2020 was an unpredictable year in almost every possible way, and apps weren't exempt. However, one thing is certain, there will be even more demand for apps and games in the new year, and App Store Optimization is becoming ever more critical to the success of all apps and games.

To help you get ready for 2021, we've put together a list of the most important trends you need to be ready for. These trends and predictions are the result of a full year of App Teardowns, where we analyzed the ASO behind apps and games on the App Store and Google Play, looking at what works and what doesn't.

More Games are Going to Optimize

There are more than 750,000 games on the App Store and Google Play, and 20,000 new games were released every month over the last six months. Not only is this a crazy high number, but it's also nearly twice as fast as 2019.

Needless to say, there are a lot of games, which means getting found is getting harder. 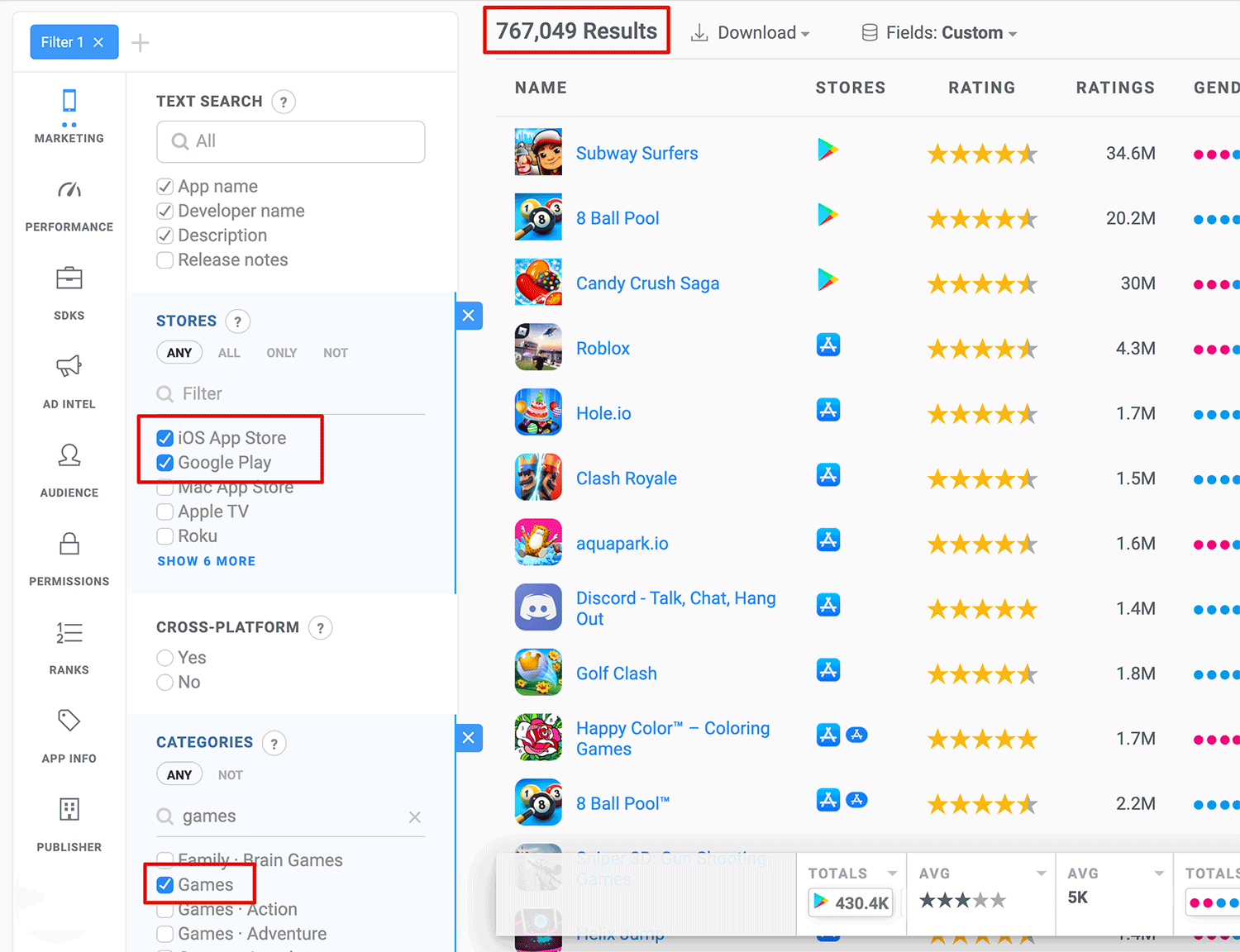 Lots of game developers turn to paid ads, which can help. But... It comes at a price. Literally.

Instead of needlessly breaking the bank, clever game makers have turned to App Store Optimization to get in front of more users. We've seen it happen in 2020, and it'll only get more serious in 2021. Games like Jigsaw Puzzle, Chess.com, and Slotomania leverage ASO and are currently the most popular and successful in their category. It's not a coincidence.

You can learn how they did it in our App teardown series.

What you can do: keywords are the name of the game, so your first step is to find the ones that would work best for your game. The easiest way is to check out competitors and expand from there. Once you have a better idea of the keywords you want to use, work them into the game's name and additional metadata. Push those to the store and wait for results.

Getting it right takes tries, so don't be discouraged if things don't go from 0-100 overnight (and if they do, let me know, we're hiring).

That's the suuuuper simple first step. We have guides that cover your next steps in our Guides section. We also put together a step by step guide to App Store Optimization for games, which is perfect for beginners.

Many developers who are already leveraging ASO do so in the US or their local market. That isn't bad at all, but there are lots of other markets that could use your app and play your game, that sticking with a single country is leaving a lot of potential on the table.

Expanding into languages you don't speak is no easy task, but with the help of a good ASO tool, you'll be able to get research done much more effectively.

Just like everything else ASO, your best bet is to start small, iterate, and expand. If you have an iOS app or game, a very easy starting point is to localize your keyword list. Low effort and low risk. Then, advance to localizing the name and subtitle (or short description, if you're on Google Play).

Be sure to track your ranks and iterate.

Note: I'm talking about localizing what users see in the store, not the app itself. Localizing the app can be a win all on its own, but they need to find you first.

Ask for Ratings and Reply to Reviews

Ratings have always been an essential component of App Store Optimization. Apple and Google both use the number of ratings and the average rating when deciding where to rank apps. In the last year, both have also updated the layout of the app details page to highlight those to users who are evaluating whether to download your app or game.

First, asking for it. It's that easy. Apple and Google offer a native mechanism to ask a user to rate in the app, and apps that use it have seen a drastic increase in ratings. There's really no reason not to try it. We have a whole guide that goes into how to do that, with examples and strategies.

Then, you need to make sure that the not-so-great reviews turn into great ones. You can do that by replying to the negative reviews. It takes a bit more work to turn a frown upside down, but it's a technique many use, from popular game developers to banks.

By getting a bad review to change into a good one, you win twice. The first time is by no longer having a negative review on your store page that could scare new users, and the second is that it actually improves your average rating.

🎓 13 Tips To Help You When Replying to Reviews

The Guessing Game is Over

Competing on the App Store and Google Play isn't getting any easier. Developers shipped more than 1.5 million apps in 2020. Take a second to think about that. All of those apps are competing for the attention of the same mobile device owners, and as more of those developers and marketers leverage App Store Optimization, the more you'll really have to.

The thing is, researching isn't really all that hard. Tools like Keyword Inspector make seeing if a keyword is worth it very straight forward, and smart keyword suggestions make finding the right keywords to optimize for much easier. You just have to actually use them.

🎓 How to Choose Keywords that Get the Most Downloads

Apple Search Ads Are Going to Get A Lot More Expensive, Making ASO the Best Alternative

A few months ago, Apple announced some serious changes that will hurt targeting on Apple devices, throwing the whole ad industry into a frenzy. Once those changes go live, many developers and marketers will shift more of their money to Apple's own ad network, where targeting will still be possible.

Apple Search Ads aren't a "true" replacement for Facebook or Google ads, but as those become less efficient--because less targeting = more waste--targeting users right in the App Store will become more lucrative, and because Apple only shows one ad per search, that top spot will become much more expensive.

How's that relevant for ASO, you ask? The more apps advertising on search ads the more likely a search will have a sponsored result as the first result, which means that to get noticed organically, you'll have to rank higher.

Last but not least is more of a "when" than a "how". As more and more apps and games push to rank higher in search results, optimizing will become critical to getting off the ground. That means you'll need to have the right strategy before launching your app or game.

A good trick to pre-launch optimization is to look at similar apps and games, as well as ones you'll be competing against directly.

The goal here isn't to copy what they do but rather learn from them as a starting point for starting your own strategy.

A few things that you'll need to know before launching:

Unless your app or game is veeeery niche, competitive intelligence will answer all of those questions. Then, with a little bit of keyword research, you can find the best keywords to use to get your new project off the ground effectively.

🎓 How to Turn Competitor Intelligence into More Downloads

You know what to do. Get to it!

As competition grows, using data to make decisions becomes critical to succeeding. With the right tools for App Store Optimization you can research keywords, monitor competitors, and track performance effortlessly. Whether you're new to ASO or a seasoned pro, our tools will provide you with everything you need to get more downloads.